Happy Monday! We are now in the last week on June and I only have six weeks left in my internship. Time has been passing by so quickly since I have been having lots of fun learning and trying a variety of different things such as joining the weed crew at Fort Ord National Monument. The weed crew is composed of  four individuals (one woman and three men) that go out to the Fort Ord land managed by the Bureau of Land Management (BLM) to work on removing invasive plant species.

Fort Ord is made up of a diverse habitat that includes maritime chaparral, oak woodland, grasslands, seasonal pools, and streamside corridors. It has more than 86 miles of trails open to the public for running, hiking, mountain biking, dog walking, and horseback riding. This land is undeveloped as it was once used as an army base from 1917-1994 which was used as a training center and deployment ground during the Vietnam War. A big chunk of Fort Ord still belong to the U.S. Army as they are working on clearing the land from munitions that are still found all over the land.

I assisted the weed crew for three days last week and worked on the removal of Harding grass and spraying of Klamath weed. I used the Trimble’s GPS to find the sites where both species have been found before, and once I located the site with the GPS one of the crew members took notes on the presence of absence of the plant. For Harding grass, if present we would clip the heads of the plant and use a Pelanski tool to dig out the whole plant. For Klamath weed, if present we would spray herbicide on the foliage of the leaves. The herbicide is mixed in with an oil-based adjuvant that breaks the droplets into smaller droplets to cover the foliage on the leaves. A Blue dye was also mixed in to allow visually to see where the herbicide is falling on the plant.

Overall I had fun being out in nature the whole day. I enjoyed working with the crew as they were very informative, patient, and helpful. I believe invasive plant species management is very important as these plants will spread, take over, and in some cases wipe out native species. The work this crew does is very important and from what I witnessed very efficient as we had a lot of sites where the plants were absent. 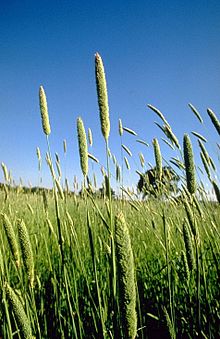 I’ve had the opportunity to intern for Environment for the America’s (EFTA) and get trained in shorebird migration knowledge to share with others. They prepped me with the necessary skills to educate others on how Read more…

This week, I took on the task of planning the Latino Conservation Week (LCW) event for Los Angeles Audubon. I had the idea to do a Bilingual Nature Walk (Paseo de Naturaleza) where the walk Read more…